Home > Law > Redundancy and the Question of Age

Redundancy and the Question of Age 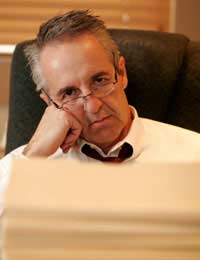 Statistics show that, for older workers, redundancy is often a much more serious problem than it is for younger workers. They find it much more difficult to find new jobs and to switch to new career tracks. The age banding scheme which is built into the Statutory Redundancy Payments (SRP) system reflects this, requiring employers to make more generous payments to their older workers. Unfair dismissal payments also reflect the same age banding.

For a long time, it was common for older workers to be singled out for redundancy when jobs had to go in a workplace. Since 2006, however, age discrimination has been illegal, and this practice is now therefore banned. Habits die hard, though, and some employers still haven’t got the message.

It is legal for an employer to discriminate among employees on the basis of their length of service with the company, but not their age overall, as long as they can justify this objectively based on sound business considerations.

What “objectively justified” means in this context is not completely clear. As the relevant legislation is of relatively recent date, there is not yet a substantial body of case law based on disputes which have been thrashed out in the courts. As with the sex discrimination laws previously, it is likely that certain criteria used by an employer to select for redundancy, even though they may not be overtly age-based, may be found to be indirectly discriminatory on the basis of age. For example, the practice of singling out part-time workers for redundancy has been found to be indirect sex discrimination because the part-time workforce consisted disproportionately of women.

When only part of a workforce is being made redundant, the employer should clearly explain the selection criteria used to determine who would go and who would stay.

If you feel that you are being discriminated against on the basis of your age, your employer’s conduct may amount to unfair dismissal, and you can complain about it at an employment tribunal.

Before the age discrimination legislation - Employment Equality (Age) Regulations - introduced in 2006, it used to be that older workers would lose some of their rights to redundancy pay after the age of 64. This is no longer true. Older workers now retain full rights. The lower age limit of 18 applying to redundancy pay was also removed.

Health Concerns in Older Workers Who Are Made Redundant

Research has shown that older workers who are made redundant tend to experience health problems disproportionately compared to other workers in the same age group. One study found that the incidence of heart attack and stroke was twice as great among over-50s who became unemployed following redundancy compared to their peers who were still working.

This result remained valid even after adjusting for other factors such as obesity and high blood pressure which might have been expected to be of greater significance in a less physically-active population. It is believed that psychological factors, such as stress, lie at the root of the problem.

Redundancy inevitably hits older workers unusually hard. Thanks to the age discrimination legislation passed in 2006, however, they now have a little more protection from the government.