Home > Finances > Negotiating a Redundancy Package with your Employer

Negotiating a Redundancy Package with your Employer 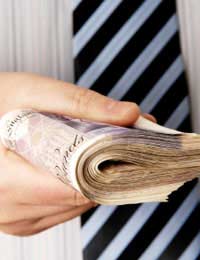 Redundancy packages don’t have to be set in stone. Although it varies by company, and with the seniority of your position, there is often scope for you to thrash out the terms of a redundancy deal with your employer. You can either do this directly, or even bring in an outside lawyer to do it for you. The Golden Rule is : don’t agree over hastily to the first deal you’re offered. Play it cool. Ask to see the proposals in writing. Say you’ll need to think about it. Then come back with some suggestions of your own.

If you’re going to get into negotiations with your employer, it helps to understand what leverage you have. After all, you need to know why this person is negotiating with you at all. Why doesn’t he just kick you out of his office?

First, don’t underestimate the old human relationship\goodwill factor. It does still exist. Particularly if you’ve worked with certain managers for a long time, they’re probably going to feel a little guilty about having made you redundant in the first place, giving you some emotional leverage. For this reason, when embarking on a negotiation, it’s usually best to avoid the adversarial approach, and attempt to maintain a cordial and professional tone with your employer, at least at first.

Second, if the firm is continuing in existence, the employees who remain will want to see that their former colleagues are treated well. After all, they know that they could be next. The employer knows that failing to do right by the departing employees will have a corrosive effect on the morale of those who remain; they may even begin to think about jumping ship too.

Third, the law surrounding redundancy is complex. There is often substantial scope for disgruntled employees to bring claims against the former employer. These claims can be expensive if eventually awarded by the Employment Tribunal; and can constitute very damaging publicity even if not. From the employer’s perspective, it’s a whole lot of grief he’d rather not have to deal with. That’s why he’s negotiating. If you personally become aware that your employer has violated the legally-mandated redundancy procedure in some way, naturally that allows you to push a little harder in the negotiations.

If you’re in a very senior position, you may even know some of the firm’s dirty secrets. That gives you extra bargaining power.

Most obviously, you want more money. Flat-out asking for it might just work, but it helps if you can think of specific reasons why you individually deserve more. For example, let’s say the firm’s redundancy criteria included the number of sales each employee had made over the last 2 years but during that time you had been on a 3-month training course. You could claim that the time out affected your sales figures adversely and therefore your selection for redundancy may not have been completely fair. A statement like that contains just enough of a hint of future legal proceedings to get your employer to cough up some cash.

It may be possible for you to negotiate financial assistance for retraining as part of your redundancy package. Reasonably enlightened employers, who are trying to do the right thing by you, rather than just fob you off with the statutory minimum, sometimes agree to pay for courses you propose or for those suggested by career development consultants whose time they will also pay for. A career development consultant will talk with you first to learn more about what direction you would like your career to take before recommending appropriate courses. Sometimes an employer will agree to offer cash for future retraining without knowing specifically what it will be used for.

If you receive ancillary benefits, such as private medical insurance, as part of your remuneration package, the company will often be willing to agree to its continuance for a reasonable period of time, such as six months to a year. If during your employment, you have been using company-owned equipment, such as laptops and mobile phones, even cars, an employer will sometimes agree to throw these into the redundancy package.

When you’re about to be made redundant, you have very little to lose by trying to negotiate a better redundancy package from your employer. Your employer wants to avoid subsequent legal action so will often be more flexible than you might expect.

When Redundancy Insurance is Not Good

Will I Receive Maternity Pay in Redundancy?

Can I Claim Jobseekers Allowance When Overseas?

What Are the Financial Penalties Attached to Redundancy?