Home > About Redundancy > All About Constructive Dismissal

All About Constructive Dismissal 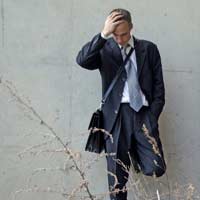 In Britain, the process of redundancy is now hedged round with substantial laws which impose obligations on the employer and offer protections to the worker. In practice, these mean that making a worker redundant usually has a cost for an employer (in all cases except those where the worker has only been with the company for a short time), and sometimes a substantial one.

Naturally, this creates an incentive for an unscrupulous employer to try and get rid of unwanted workers by means other than the standard redundancy procedure. From the employer’s perspective, the simplest solution is to induce the workers to resign. How can this be done? Well, very simply, by making life unpleasant for them.

Making life unpleasant for the worker can be achieved in various ways. For example, the employer night demote the workers, alter their conditions of employment, change their working hours or just harass them personally through mean-spirited remarks or by singling them out for special duties. However the unpleasantness is created, if the workers in the end feel obliged to resign because of it, the employer may have saved himself some money. It’s an extremely risky strategy, though, because the treatment, and the consequences of it, can themselves give rise to financial claims.

The workers, of course, will feel greatly aggrieved by their treatment, and rightly so. What has happened to them can be considered a constructive dismissal. Constructive dismissal occurs when an employee feels obliged to resign because the work environment has become intolerable in some way. Normally, when resigning, an employee will not be entitled to any special payments or procedures from the employer. After leaving the job, the employee may even have limited or no access to some benefits because their unemployment is deemed to be voluntary rather than enforced.

If you are considering resigning from your job and claiming that you have been constructively dismissed, you should wait until the change in circumstances which you object to has actually taken place. For example, if you’re being demoted, wait until the demotion has gone through. If you resign in anticipation of it, it can undermine the legal basis of any claim you make against the employer.

You should also lodge a formal grievance with your employer before you leave. This is not absolutely necessary, but can help your case.

Constructive dismissal is not a form of redundancy, so you are not entitled to a redundancy payment. You may be able to claim for unfair dismissal, however, and perhaps also for wrongful dismissal, depending on what is stated in your contract of employment.

If you have left the company in a way which can be construed as constructive dismissal, you can bring a claim against your former employer for unfair dismissal. This is done before an Employment Tribunal, and, normally, the claim must be lodged within three months of the termination of your employment.

What an Employment Tribunal Can Do

It’s important to understand that the compensation an Employment Tribunal can award you relates only to the earnings you will now no longer have. It cannot award compensation for any wrongful behaviour by your employer, for example sexual harassment, which led up to your resignation. If you wanted to pursue compensation for hurt feelings or the like, it would have to be done through the courts. The Employment Tribunal can award you financial compensation of up to about £60,000. It can even order you to be reinstated in your job, although this may not always be practical because of what has occurred previously.

If you feel that you’re being hounded out of your job, you do have a legal recourse. But consider your options carefully before resigning and lodging a claim.