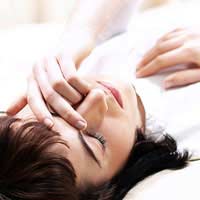 Stress is an extremely common problem in those who experience redundancy or who face the threat of it. Studies have shown that metrics such as the proportion of people on prescription anti-depressants or painkillers shoot up by about 60% among those affected by redundancy when compared to the general population. One survey of British workers even rated redundancy as a more stressful life event than divorce or moving house!

Interestingly, men seem to suffer from the stress much more than women do. It may be that the burden of expectations – relating to the traditional image of the male as the family breadwinner - takes a special emotional toll on men when they are no longer able to fulfil that role.

The stress arising from fear of redundancy can be particularly insidious when the threat of redundancy hangs over a workforce for a prolonged period. Uncertainty is corrosive because it makes us feel that we are not in control. This feeling – the sense of not being in control, being a helpless victim of your environment - is one of the key drivers of stress.

The Effects of Stress

Stress ultimately damages the lives of those it affects. Its toll is both emotional and physical. Stressed individuals suffer damage to their relationships, both in the workplace and outside of it, as the pressure blunts their emotional responsiveness in their interactions with others.

The link between stress and physical illness is also well documented. One study found that workers who said their jobs were stressful were 68% more likely to develop coronary heart disease than others who were not routinely subject to stress at work.

Stress Among Those Who Escape Redundancy

The presence of stress among those affected by redundancy is well known. Less well known is that the workers left behind in an organisation after the workforce has been partially purged by a redundancy process also suffer extreme stress too. Studies have shown that their stress levels are only slightly below those of the people who were actually made redundant.

This is a fascinating result, but the reasons for it are unclear. It may be that the company is still in economic difficulties, so that even those left behind are still worried about how long their jobs will last. Or perhaps they went through a stressful redundancy procedure without knowing whether they would be told to stay or asked to leave. It is also possible that the departure of friends and colleagues has had an emotional impact. Conceivably, it could even be something much more mundane : the departure of so many workers has left those left behind with a greater workload than they ever had before, creating a great deal of stress in its own right.

Whatever the reason, the problem of stress in those who survive the redundancy process is one which is largely unacknowledged. Enlightened companies sometimes do make counselling services available to workers who face redundancy; it is rare for counselling to be available to those who escaped it.

Stress Among Managers Who do the Sacking

If you’ve just been given your redundancy notice, you’re probably not exactly overflowing with sympathy and fellow feeling for the managers who gave it to you. But you should spare a little pity for them too. Studies have shown that having to make staff redundant is, in fact, extremely stressful even for managers who do not themselves lose their jobs.

The problems arising from stress in the workplace have been given increasing recognition in recent years. Redundancy, or the prospect of it, only makes those problems more acute.