Home > Ask Our Experts > Can I Take on More Staff After Making Person Redundant?

Can I Take on More Staff After Making Person Redundant? 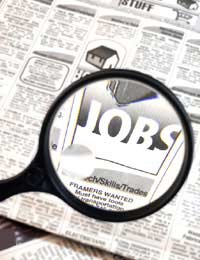 If I were to make a member of staff redundant due to the economic downturn, would I be able take on more staff when and if things pick up?

As the credit crunch takes hold more employers are being forced to shed members of their workforce in order to keep costs down. The last thing you want to do is appear insensitive to any loyal staff you have had to make redundant, but it may be you need to recruit more staff into other areas of the business.

But before you embark on any redundancies make sure that the person’s job has actually become redundant.Redundancy means that their role no longer exists or there will be less demand for their job in the foreseeable future.

For example, if you employ a group of builders and there is no work for them for the next six months you will need to make some redundant. But if there is work coming in that you know about, be careful not to use redundancy as an excuse to get rid of some dead wood within the workplace, or you could find yourself in hot water.

There are no set rules as to how long you have to wait before recruiting extra staff but you could land yourself in a legal battle if you take on somebody to do a job that has just been made redundant.

If however you are recruiting to the same role because you have won a new contract or some extra business has unexpectedly come your way, this is acceptable.

But to be on the safe side, if you are thinking of taking on any new recruits after making redundancies you should make sure their job role differs to that of the people you have just made redundant. If you are already thinking about taking on a new member of staff in that same role you should ask yourself why you need to make that person redundant in the first instance.

One potential grey area within redundancy law is when you are genuinely cutting down your workforce but you make one member of staff redundant and place an existing employee into their role. This is generally deemed to be acceptable as long as you have reduced the overall size of the workforce and you can prove there is a genuine need for doing so.

If you are making more than 20 staff redundant you will need to go through a consultation period for 30 days. You should also do everything to can to help place them somewhere else within the business and consult their trade union – if they have one.

It is not uncommon for staff that have been made redundant to seek their revenge on employers through unfair dismissal charges. It is important that when you make redundancies you can prove that their job is no longer needed or there will be less demand for it in the future, as long as you follow these rules you should not land yourself in hot water.

Are There Any Grants to Help with Retraining After Redundancy?

Redundancy Threat: How Much Paid Time Off to Seek Work?