Home > About Redundancy > The Jobs Most at Risk of Redundancy

The Jobs Most at Risk of Redundancy 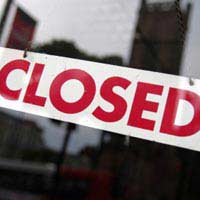 It is likely that at some point in everybody’s career they will find themselves in a position where they face the threat of redundancy.

Most sectors will go through highs and lows in terms of how many redundancies they make, but there are some industries and sectors where jobs will always be in a vulnerable position.

The latest figures from the National Office of Statistics show the distribution, hotels and restaurant trade suffered the most redundancies in the first quarter of 2010.The redundancy rate for people working in this sector was just over 26%. The sector has been one of the worst hit since the start of the financial crisis. In 1998 the sector had one of the lowest rates of redundancies.

When times are tough luxuries such as eating out and short breaks are the first to go. Although the sector is suffering at the moment when the market picks up it is likely to be a buoyant sector again as people start to splash out on life’s little luxuries.

It comes as little surprise that the finance and business sector has been one of the worst hit in the financial crisis. It is the sector with the highest rate of redundancies. It suffered a 20% redundancy rate in Q1 of 2010, surprisingly though this rate has held steady over the past 12 years. Even at the peak of the financial boom the redundancy rate was still between 15-20%. Like the hotel and catering sectors though finance is a sector that will always have a role to play. Although this role has condensed in recent times the sector has put the worst behind it and should hopefully not see any more widespread redundancies.

Believe it or not, the construction industry is one of safer sectors you can work in and has a redundancy rate of around 15%. This has increased steadily over the years and it is likely it will increase even more in the coming years. The government’s planned spending cuts mean large construction projects that were due to take place may be cancelled.

This sector had the lowest number of redundancies in the first part of 2010 and it looks set to stay this way. The government is reluctant to make any cuts to the health service and public administration. Although the sector might not have a high rate of redundancies it is also not recruiting on a large scale.

No sector is 100% safe from redundancies and just because one sector is safe this year it does not necessarily mean it will be the following year. You should not let the threat of redundancies influence your chosen career path but you should keep it in mind if you are thinking of changing your career.