Home > About Redundancy > Who Will be Made Redundant?

Who Will be Made Redundant? 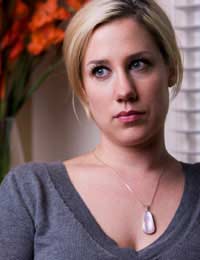 The term redundancy is used to describe situations in which a company ceases operations entirely, meaning that all of the workers become redundant, as well as situations in which the company continues in business, reducing its workforce by a limited amount. These partial redundancies raise the obvious question of who among the company’s total workforce will become redundant. Sometimes the question resolves itself easily because an entire site – a factory or an office, for example - is being closed down. At other times, a difficult and sometimes emotionally fraught selection procedure must take place.

The employer must use some objectively-based selection criteria to decide who will be made redundant and who will not. It is not acceptable for the Human Resources Manager to just pick whoever she likes to keep their job, for example. There must some objective way of demonstrating why some people were made redundant and others were not. Otherwise, there is a basis for claims of unfair discrimination.

The law does not prescribe what the selection procedure must be. Very often, a “last in, first out” procedure is used. In other cases, the employer may develop some kind of scoring system, awarding points based on skills, number of years with the company or anything else which is reasonable.

The following gives an idea of what kind of criteria would be acceptable or unacceptable in a redundancy selection procedure :-

Redundancy Selection – Your Right to Information and Appeal

If you are selected for redundancy, you should be told on what basis that selection was made during the individual consultation which the law requires your employer to offer you. This will be a personal meeting with the company managers, so you can ask about the selection procedure there.

Your employer should provide an opportunity for you to appeal against your selection for redundancy. Usually, the appeal will be made in front of a committee consisting of some members of the company management as well as (optionally) employee representatives.

In the past, employers often selected older workers for redundancy disproportionately. Since 2006, however, it has become illegal in Britain to discriminate against workers on the basis of age. Therefore, if this kind of selection procedure is used today – and it still is by some companies which haven’t got the message yet – this, too, can give rise to claims of unlawful discrimination.

Being Selected for Redundancy – Conclusion

Selecting part of a workforce for redundancy can be challenging and stressful for both employer and employees. For this reason, it is important that the selection procedure follow the rules laid down in law and be based on objective criteria.

Is Overtime Calculated Into My Redundancy Pay?
Share Your Story, Join the Discussion or Seek Advice..
[Add a Comment]
your boss has asked you to make one member of your department redundant. the choice is between the most popular team member, who is the worst at his job, or the best worker, who is the least popular with the other team members. who do you choose?
Nguy?n Th? Trà My - 28-Sep-20 @ 11:29 AM
After being made redundant I understand a fair process was used but the content of what was used has not been shown to me. Can I ask for details of who said what that contributed to my selection.? I believe the manager that scored me victimised me as we didn't get on. Without the details that led to my matrix scores how can I argue it was biased.
Barra - 19-Aug-20 @ 10:55 AM
Our department of 4 was informed that one of us would be made redundant but the individual chosen would be transferred to another department, HR came in only told us that one of us would move with no idea what the job entailed, then on individual meetings someone was told it would be them before the selection process was made, the selection process was cobbled together in 5 mins then the individual was told it was them. He has appealed this and if successful what then happens do we need to go through process again, how can this be a fair process second time. Also Another member of staff in same department is the ideal candidate to be transferred as he used to work in that department but has not been selected should this not come into the factor? Thanks
Graeme39 - 28-Mar-16 @ 8:37 PM
Can a redundant position be filled by taking on voluntary staff to carry out the same duties and roles?
not happy - 7-Jun-14 @ 3:24 PM
Title:
(never shown)
Firstname:
(never shown)
Surname:
(never shown)
Email:
(never shown)
Nickname:
(shown)
Comment:
Validate: